Can Hybrid Liability Experts Testify in Their Own Malpractice Case? 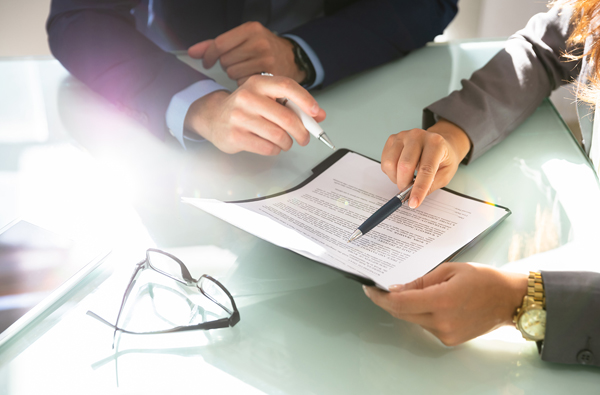 Can Hybrid Liability Experts Testify in Their Own Malpractice Case?

So, the real question is, can you testify as your own liability witness?

The prospect sounds pretty awesome, doesn’t it? You’re on trial for doing something wrong, and you happen to be an expert in that field, so you get to not only defend yourself but also lend credible information to the court at the same time? Essentially, you get to persuade the court to rule in your favor, right?

Well, it’s a little more complicated than that.

Let’s go over what a hybrid liability expert is, what they do, and whether or not you can be one in your own malpractice case.

What is a Hybrid Liability Expert?

A hybrid liability expert, or a hybrid witness, is an oddball sort of witness in any case. They’re a “fact” witness, which is someone who was at the scene of the event in question or otherwise knows something about the situation, AND they are experts in a field relevant to a case.

For example, let’s imagine that a doctor was visiting a store. He was picking up his groceries and minding his own business. Then, he suddenly saw an employee topple from a ladder and snap their leg on the way down.

Later on, that doctor is called to the court for two reasons; first, he saw the fall and can provide details about misbehavior on the ladder or other relevant details. However, his expertise as a doctor also allows him to provide information such as how impactful that injury can be; allowing the jury to determine if certain lawsuit points are credible and warranted.

Are Hybrid Witnesses Allowed in Court?

Hybrid witnesses aren’t a major part of the court system. Occasionally, they can be the most instrumental parts of a case, but there’s one thing to keep in mind. Not only does the person need have, irrefutably, been in the situation the court is debating, but they’re also proven professionals in a field that is critical to determining the outcome of the case. Those are two traits that are difficult to find on their own; let alone both of them in one person.

Not only is it hard to find someone with all those qualifications, but there’s another obstacle in the way; will the court approve them?

Contrary to what TV has probably told you, lawyers can’t just call witnesses up at random and have them give everyone jaw-dropping information. Witnesses have to be approved by the court. Especially expert witnesses and hybrid witnesses.

This is because of certain biases the two have. First, expert witnesses are hired. One of the legal teams involved in the case hires them for an appropriate fee. They then come into the trial and provide their experience as a professional to persuade the court to see certain aspects of the case in a certain light. On the “fact” witness side of things, the person is directly involved with the case. In the event of a malpractice case, the consequences can be quite serious, and that means most people involved would want to add credibility to their point of view over anyone else’s.

Can A Hybrid Witness Testify in Their Own Case?

If you paid attention to the section above, it might seem obvious that anyone capable of being a hybrid witness in their own case would want to do so. In fact, most legal teams are desperate to find hybrid witnesses because they’re so influential in court cases.

Well, don’t get too excited. Yes, a hybrid witness can technically testify in their own case. However, you first need to consider one basic concept; the serious amount of bias you would show.

Let’s say you’re a doctor. The residency you’re with is being sued for multiple malpractice incidents. Well, you’re a resident who was likely around the people and incidents in question. You might even be a potential perpetrator of the action in question. You’re also an educated member of your field, meet all the requirements of being an expert witness, and have been an expert witness in other cases that weren’t related to your performance or the performance of your team.

There’s a lot of bias behind that. To the court, you trying to be a hybrid witness could be seen as an unfair representation of your team with extreme bias involved. After all, you’re a member of the team being sued, and you certainly won’t use your expert knowledge to incriminate yourself.

So, a judge might choose to throw out the hybrid witness status and treat you as a normal participant in the case.

This is done one way usually. Typically, the judge will opt to only allow such a witness to speak from personal experience. This means that you wouldn’t be able to go to the stand and start educating the court about the standard of care. An expert witness would be used for that if your legal team hired one prior to the start of the case. Instead, you would be restricted to answering normal questions. Your experience as a professional can obviously influence your answers, but you won’t be treated as an expert by the court.

The same can be done to hybrid witnesses of any kind; even if the witness in question isn’t directly involved with the case. For example, maybe the hybrid witness is just a patient who happened to see something odd take place, and they have a background in the medical field, too? The court might decide that the witness has a type of bias, or that status as a hybrid witness is inappropriate, and they can restrict their status as a witness to just being a fact witness or an expert witness; whichever the judge deems most appropriate for the individual case.

In short, the answer isn’t necessarily yes or no. First, hybrid witnesses have to be approved by the judge. If it’s your own malpractice case, and someone is actively placing charges against you for something that serious, the judge is likely to at least restrict your status as a witness. You probably won’t be allowed to represent your field while simultaneously defending yourself. There’s too much room, and reason, for you to try to manipulate things in your favor.

However, if you’re not so close to the case, and the outcome is less likely to pose a threat to your life as you know it, you might be approved by the judge and allowed to present yourself in a hybrid manner. 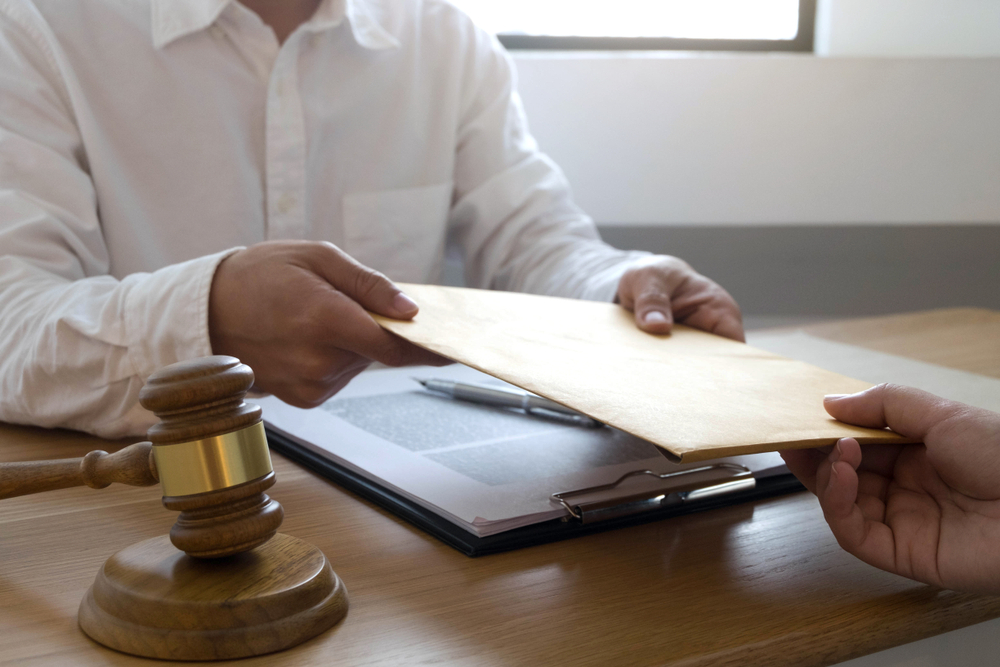 As you can probably tell, there are limits placed on hybrid witnesses by the court system. There’s a good reason for that. Allowing people to present both a “neutral” professional description of relevant standards as well as a defense of their own actions can easily be manipulated.

First, hybrid witnesses have to be approved by the court before the trial takes place. This is typically done before a court-ordered deposition even takes place. The judge will take many different factors into account such as whether or not the witness meets the requirements of a normal expert witness, how tied they are to the outcome of the case, their overall credibility, etc. If the judge does deem the hybrid witness suitable, there’s a second requirement that is necessary.

Once deemed suitable for the case, the hybrid witness also has to strictly follow a personal-experience rule. This means quite a few things.

In general, it means that all of their answers to questioning have to come from personal experience. Here are a couple of examples of what is acceptable, and what isn’t accessible.

Let’s say another worker in your hospital left medical equipment in a patient after surgery, and the hospital is being sued. You’re approved as a hybrid witness, but you’re restricted to only speaking from personal experience.

If the plaintiff’s lawyer asks you to describe how the procedure was conducted, and you tell them whatever your peer told you happened, that’s not your personal experience. You got the information from your peer. So, that would be considered unacceptable.

In the same situation, let’s say you’re asked what would normally be done for the procedure in question. You give a verbatim rundown of the standard of care from a by-the-books perspective. Again, that’s not telling the court what your team does. That’s just quoting the established standard of care.

However, let’s imagine that you give the court a step-by-step rundown of everything your team has done in previous procedures of the same nature; procedures you were an active team member in. You tell them the pre-op things you and your teammates did for the procedure, how each detail of it went down, and what you did upon completion to ensure the patient was properly cared for. That would a statement from personal experience.

Of course, the validity of the statement would also be in question. When these first-hand testimonies are provided, they must be done while sworn in; meaning that perjury or falsifying your account of events will be punishable.

What Types of Cases are Hybrid Witnesses Used for?

Malpractice cases are usually what people concern themselves with the most when it comes to hybrid witnesses. That’s because they’re the most common type of cases to require hybrid witnesses. However, other types of cases can benefit from them as well.

Other than that, hybrid witnesses are often used in personal injury cases. In fact, that’s the second most common case due to how close it is to a malpractice case. Then, there are civil cases that involve theft, disputes over contract agreements, property damage, workplace corruption, and various other types of cases that might require a witness who is also highly experienced in the relevant field.

Do You Have to be the Hybrid Witness?

With all the rules surrounding hybrid witnesses, you might be wondering if you personally have to be the hybrid witness? No. Someone else who can function as both a fact witness and expert witness can be presented as a hybrid witness. In fact, it’s typically preferred since they’re not directly trying to win or lose the case.

However, this proposed individual must be brought into the case before the trial starts. You can’t suddenly call someone up to the stand without prior approval mid-case.

A hybrid liability expert in a malpractice case is absolutely crucial. They can be the turning point for the case, and they can get you a win even when your argument has had a rough time throughout the case. However, being your own hybrid witness is extremely difficult, and understanding all the different rules and regulations surrounding hybrid liability experts is more than the average person can absorb in a short time.

Instead, you can benefit from speaking to professionals. At Litigation Legal Insight, we specialize in finding suitable expert witnesses for your legal team. We can help with hybrid witnesses, too.

We’ll help find the right witness to represent your case in a manner that will help you come out on top in the courtroom. For help understanding hybrid witnesses, or finding an expert witness for your case, contact Litigation Legal Insight, today.